We just arrived at the grand opening of Fear Not Tarantulas, in Virginia Beach, VA 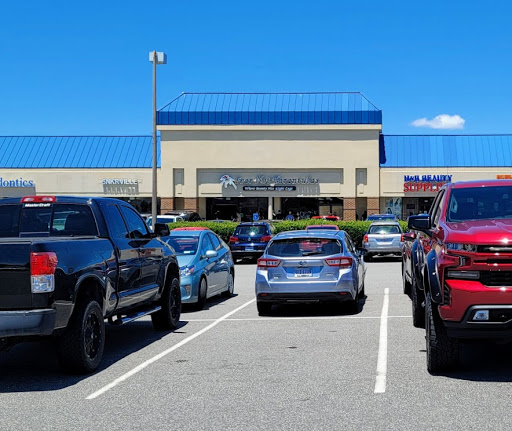 Nice long line, we ended up waiting about 1 hour to get in 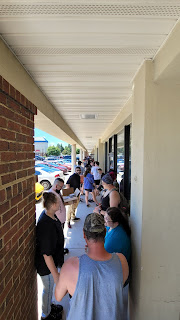 While we waited in line Richard Stewart, from The Tarantula Collective YouTube Channel, came out to talk to people in line, and he gave Ella isopods, super nice guy. 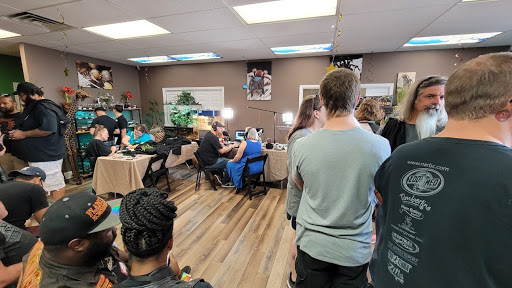 Once we were inside Richard was doing his podcast in the store.
Lots of cool spiders 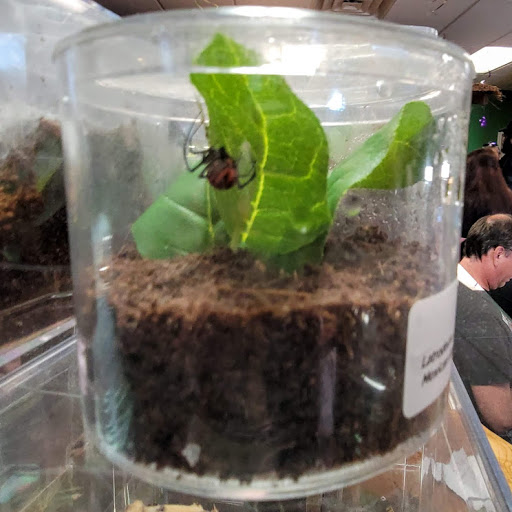 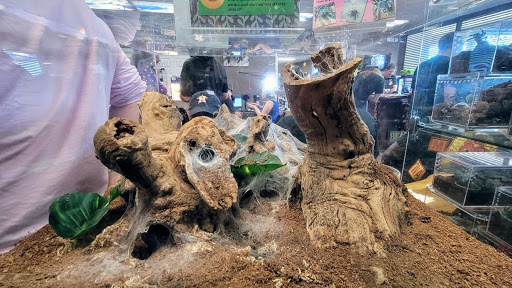 Monocentropus balfouri communal
Fear Not Tarantulas was awesome. We picked up 2 new tarantulas, Psalmopoeus irminia and Psalmopoeus cambridgei.
The P. irminia is named Seven, she is our 7th tarantula and a gift from Christie for our 7th anniversary.
at July 03, 2021

We got a new decoration for the front of the house! 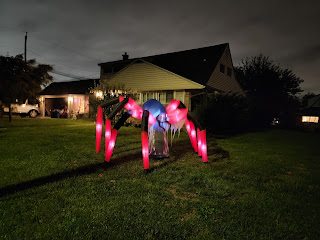